Well,  we got slammed again last week with another snow storm and I really was not sure we would even make it to Myrtle Beach for me to run the marathon and my hubby to play in his tournament....but once we set out on the road and went south the roads were pretty clear:

My favorite part of the expo where the baby chimps they had there: 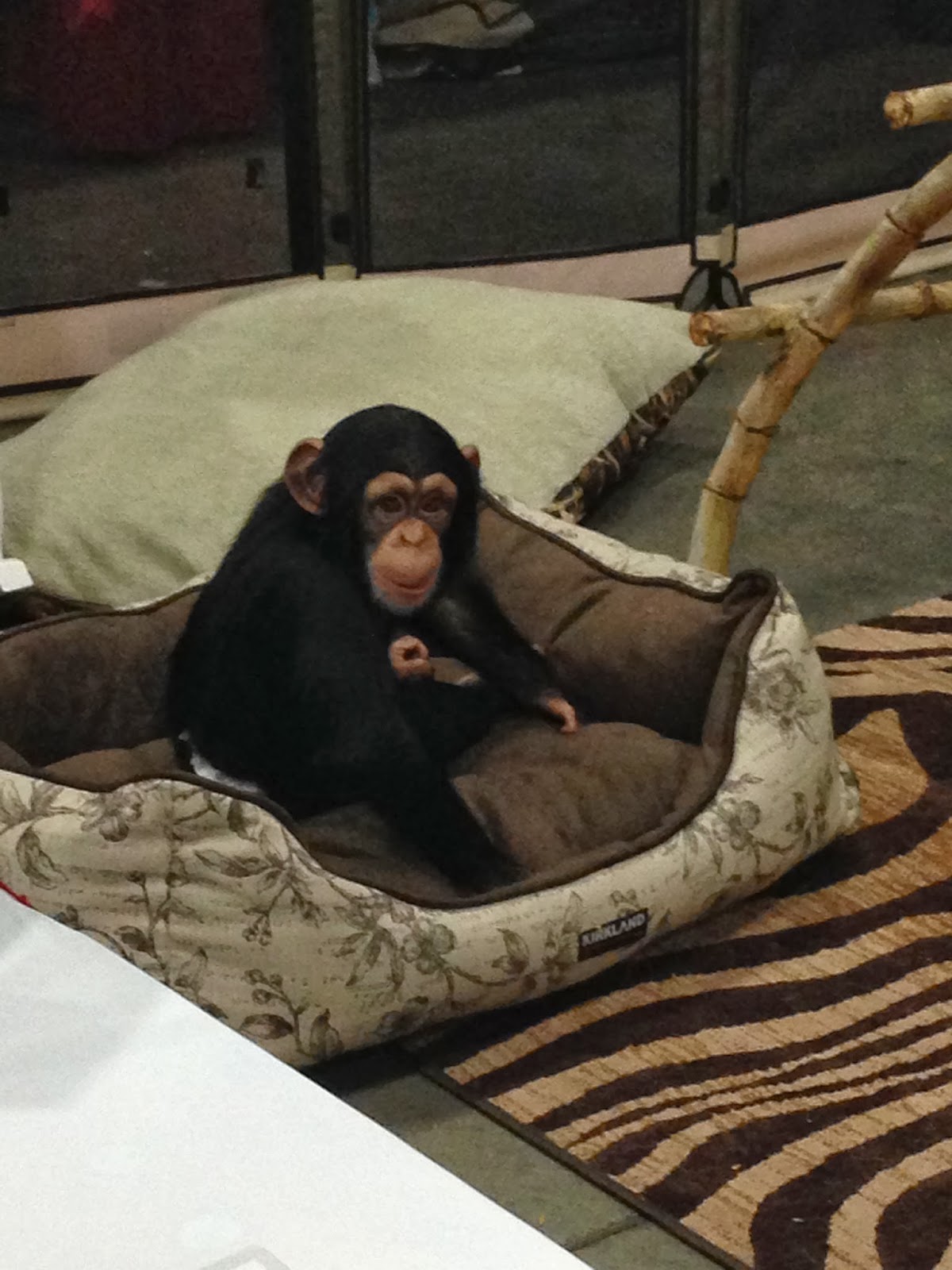 We did not spend much time at the expo since we are technically down in Myrtle Beach for my hubby's softball team and tournament ... and since I was not planning on racing but rather just getting a 26.2 mile training run in for Boston!

As I was unpacking my race gear I found this in my bag:
My hubby surprised me with these special edition Valentine's Day socks and a new Cinderella Alex and Ani!!  HE is a total keeper! 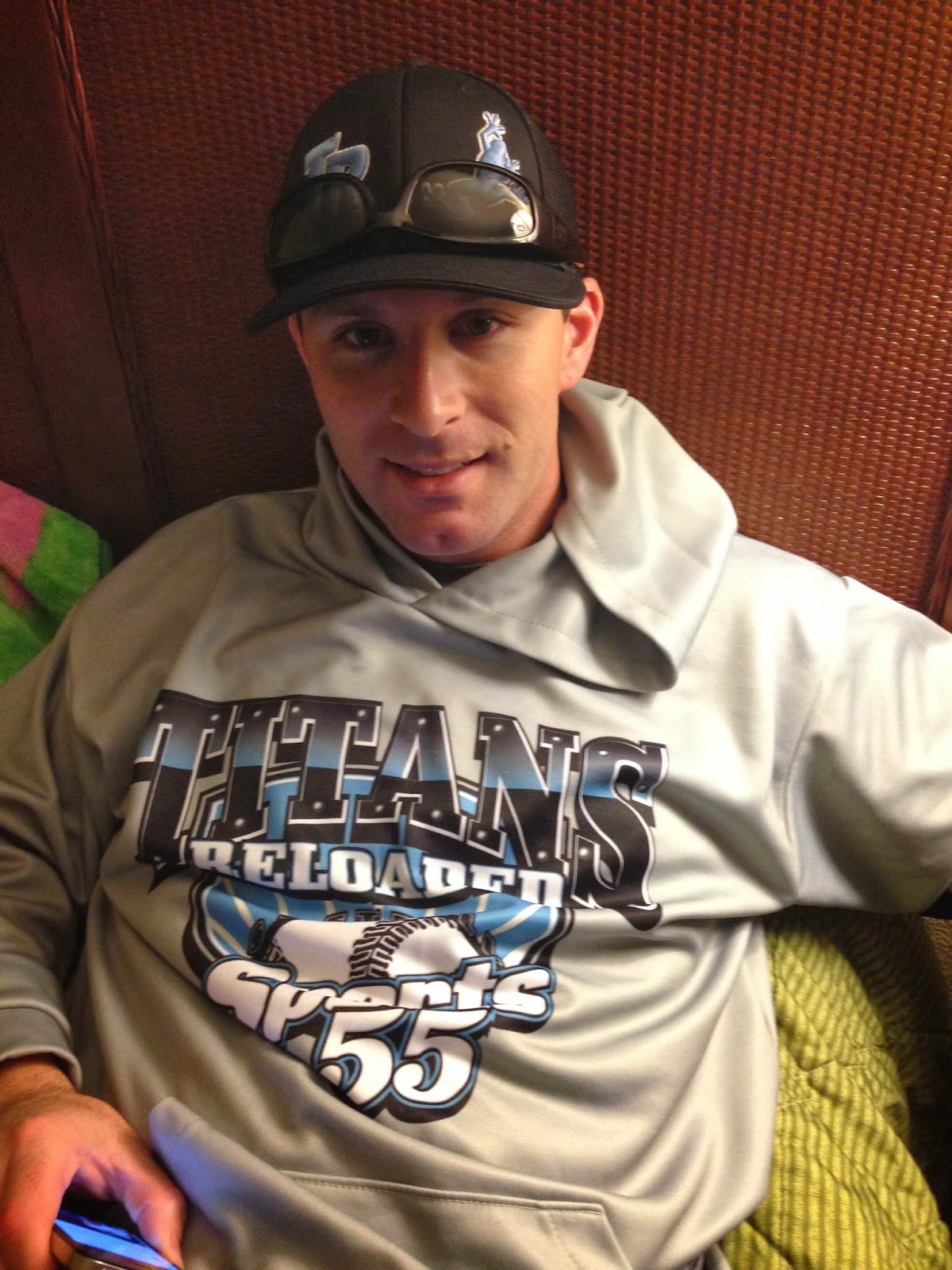 We met up with his teammates and went to go cheer at the home run derby ... But there was also a Neon Night 5K @ 7pm that I debated running but decided to stick with my man on Valentine's Day!  However,  my friend Jen killed the 5K and came in 2nd place female!!!!

After tossing and turning all night and waking up with a headache I really felt like today was going to just be about finishing the miles!  Then we walked out the door to POURING rain and awful winds!  It was fairly easy to get close to the start line where I met up with Jen ( she was running her first marathon ).  We started the races and ran about the first 6 miles together then I pulled back a little because I started to feel like complete CRAP!  I saw my hubby at mile 5 and his buddy Ben at mile 10 ( this was an awesome surprise ) .. I could still see Jen and knew she was on pace to BQ!  I got to mile 12 and strongly considered bailing out at the halfway mark so I called my hubby and asked for advice!  He basically said " don't hurt yourself for Boston and that I am not a quitter " ... I kept going until mile 14 and then called my running wife for a good a$$kicking!  She said the same thing and told me to put on my music and just have fun!  So I did just that .. I threw in a few Yasso's and did some speed work mixed with recovery intervals, I made friends with two guys who loved my Oiselle gear and called me the "FLY girl", I chatted with my new running friend Wendy and then I crossed the finish line!  I looked at my watch which said 27.55 miles in 3:47:52 ...and this is the first time ever I have had my chip malfunction in a race but the clock said 3:48:?? when I looked.  I spoke with the Precision Racing Results right after I finished and they said they would recover my time in about 30 minutes ( WELL that was on Saturday and I still have not heard back from them or the Race Director )!!!   Any way it was NOT even close to a PR or even a decent race time but I still want credit for the race!


I was so hot during the run and wanted to rip my shirt off but as soon as I stopped running my temperature dropped and I could not stop shaking!  Normally my hubby is at the finish and has my Oiselle hoodie and a warm change of clothes for me but he had games ALL day so I was flying solo!  I did partake in my post race massage but did not get to take any pics of the elephant and animals at the finish line because I was so focused on finding my car and getting warm.  Had the weather been warmer and had there not been 25-30 mph winds I probably would have enjoyed this race a lot more!  I highly recommended this race as it is a definite BQ course because it is so FLAT and FAST and not crowded at all!!!

I could not wait to get to the hotel, take a hot shower and go watch the Titans play ball.  They ended up playing 3 games with the last game starting at 9:45pm....the winds never died down and I felt like an ice cube all day until Jackie and I hit up the hot tub:

I absolutely love being able to combine my love of running with my hubby's love for softball ... I think it is so important support each other and enjoying doing what you love!

I would love to do this race again and maybe if they play in this tournament next year I will do the half marathon or maybe the full again!  We shall see..

A HUGE CONGRATS to Jennifer Boutin for not only coming in 2nd female for the 5k but for also completing her 1st marathon and qualifying for Boston with a time of 3:32:?? ... YAY!!!!

On Sunday I woke up with awful cough/congestion and fever and it has been kicking my butt since then.

Monday: BodyPump with Nicole and Danielle plus I ran 2 miles in 15:02 to test out the legs.

Tuesday:  Still felt like crap but needed to move so I ran 8 miles in 63 minutes with Angel at the Y ... followed by lunch and then losing my voice!

Wednesday:  I gave into my body and decided to REST!!!!!!  Cough drops, cold meds, tissues, and sweatpants!

Thursday:  10 miles in 1:15:58 followed by core work and stretching.  I can finally breath again!

Here we go again!  I have to just laugh anymore and enjoy this winter adventure!  I am running the Myrtle Beach Marathon this Saturday as a training run for Boston in April ... On the bright side it is just a training run and NOT a goal race so I am not stressing too much about it .. BUT I am a planner and I like to get to my race location and have time to get situated before race day and with all this dang snow that may not be the case!!!

I normally would not be running a full marathon this close to Boston but my hubby is playing in a softball tournament down there this weekend and the marathon runs right past where we are staying .. so I decided to sign up and get my miles in!

I really did not taper much for this race and am curious to play around with my strategy a little during the run.  I really want to focus on pacing and controlling my speed early on in the marathon.

So this week I did:

Monday:  8.25 miles in 62 minutes and then decided to do BodyPump with Nicole!!  My muscles are going to hate me!  I am really trying hard to keep up with the lifting!  I also had a much need Chiropractor appointment today and love that feeling of proper alignment!

Tuesday:  After all of that Monday and working all night today's workout was very tough!  7.3 in 55 minutes and felt like I ran 50 miles!  OUCH.

Wednesday:  I took the day off from running and did 70 minutes on the Stair Monster! 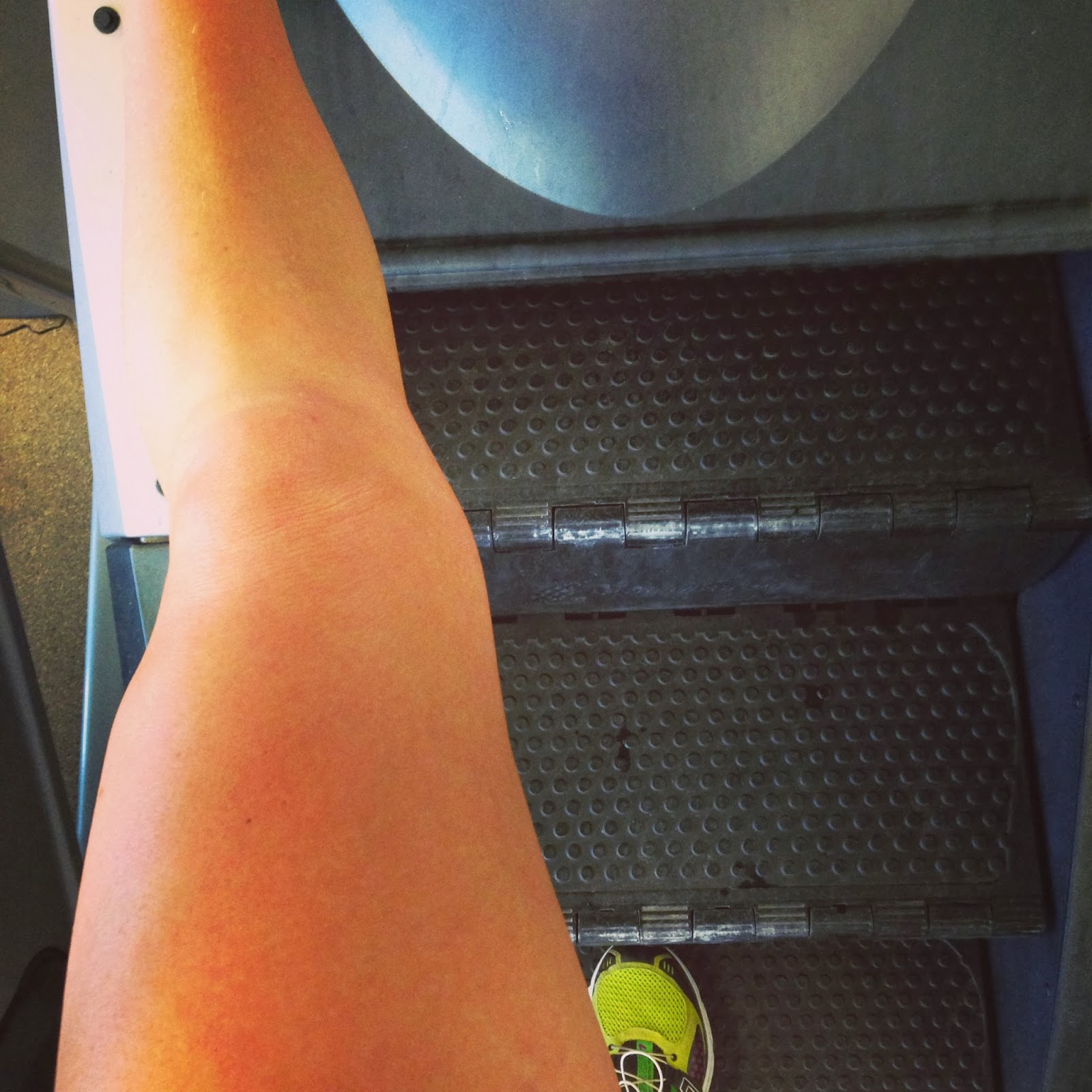 I have a huge love/hate relationship with this bad boy!  I get an amazing workout and feel great when done but my goodness while I am doing it I always question my fitness level!  I did the "mystery" option and it was filled with speed and hills galore!

Ok so since we will have an even longer drive to Myrtle Beach I did make Danny and I some homemade PB protein bars: 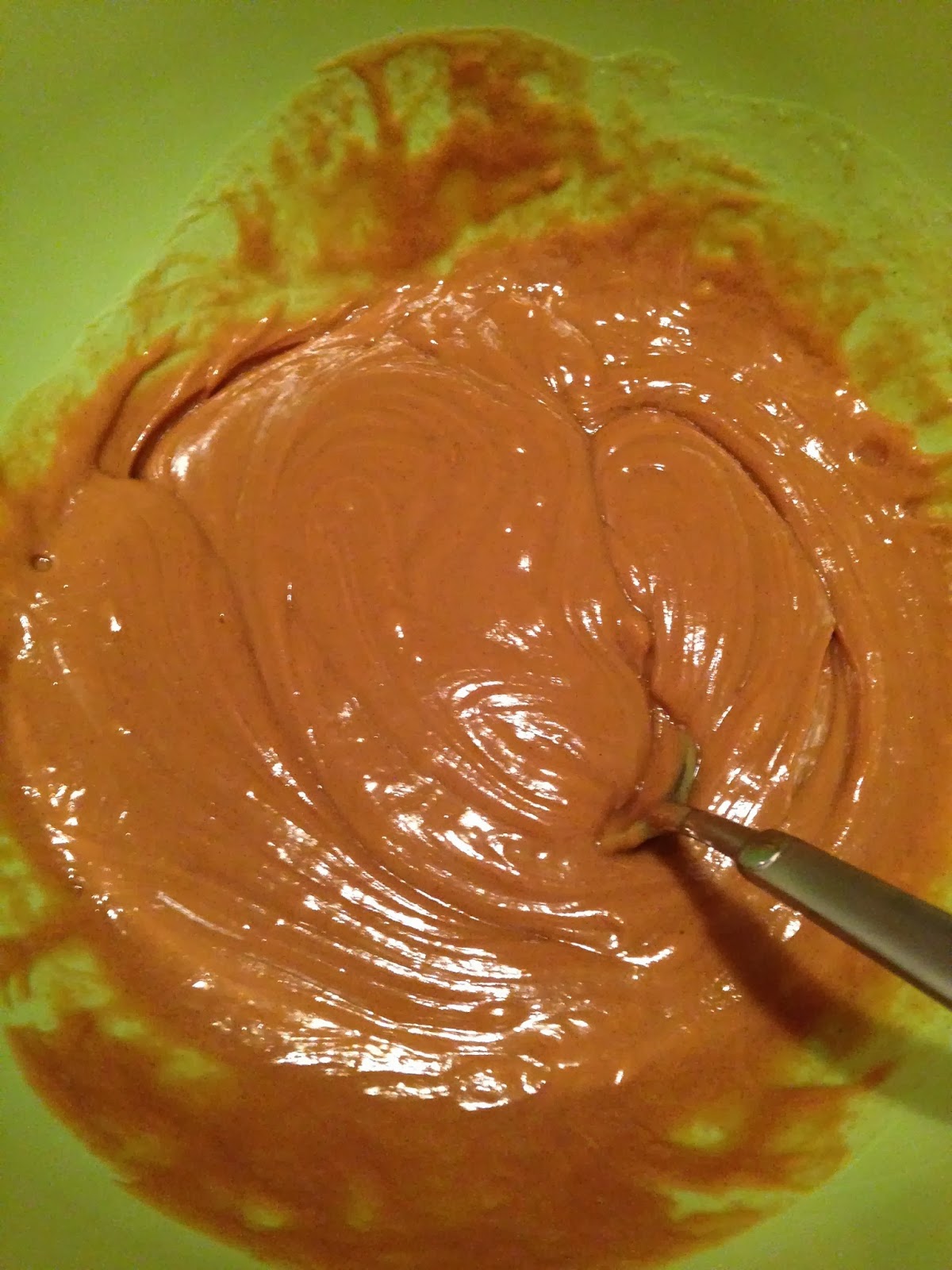 Fingers crossed and prayers said we make it there!

Anyone else running Myrtle Beach??

So I have been having BIG issues with this blog the past month and a half!  I finally figured it out and now you just have to search DeRunningMom.net ...

Ok so the past few weeks of Boston training have been going very well despite the fact we have had tons of snow and ice!

Shoveling all that white stuff is great cross training for sure!!

So this is what some of my workouts have looked like:

1/24/14:  A sloooow steady 15 mile run.  My body was still pretty sore from all the shoveling and hill repeats with sledding so I took it a little slower and finished with 15 miles in 1:59.

1/28/14:  Cross training day!  I did 7 miles of intervals on the stair machine in 60 minutes ... I was a hot shaky mess when I was done!  I am also doing the FitFluential Burpee Challenge so I added in  75 burpees plus core work!

1/30/14:  Spinning class for 18miles/45 mins...I then did something I have not done in almost 6 years!!!  STEP class!  Talk about great cross training ... this was awesome!  1 hour and 30 minutes of step AND pump!!  I LOVED every second of this class and Amy was the instructor so that was icing on the cake! 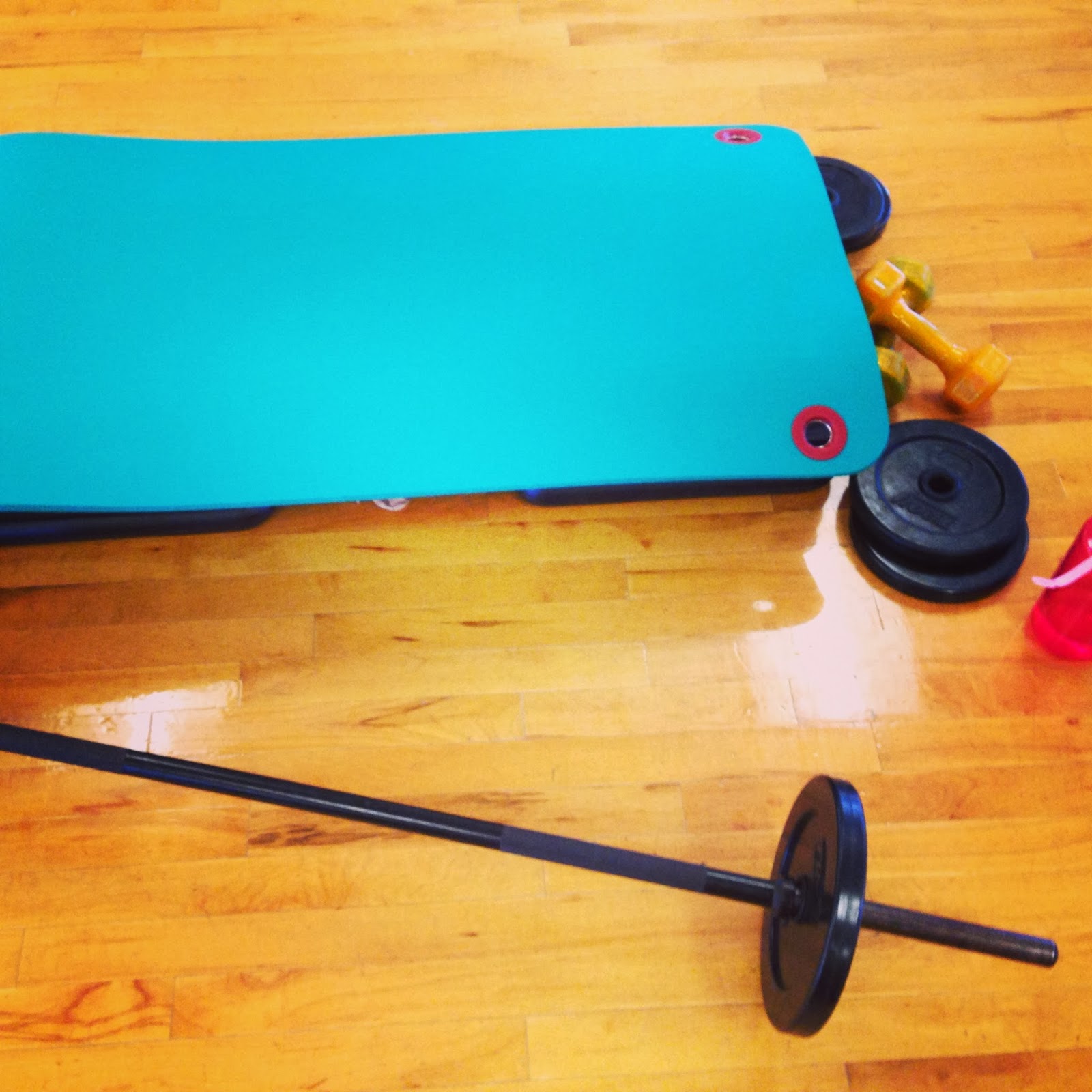 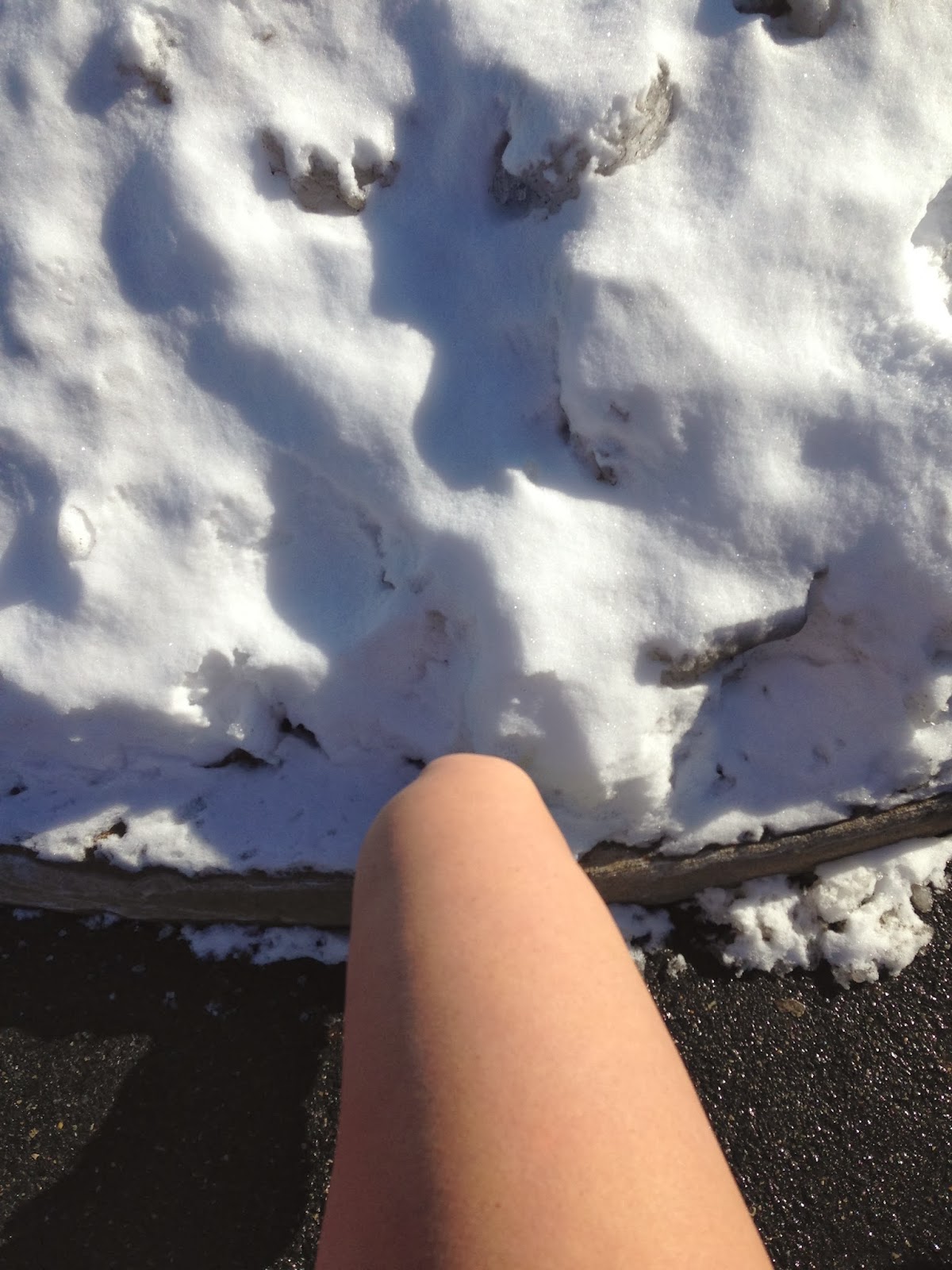 2/01/14:  Friendsgiving!  Every year we get together with "The Gang" and have a Thanksgiving Day Feast and celebrate our amazing friendships!


I truly value all of my friendships and am very lucky to have such amazing people in my life!

02/02/14:  I did it!  I ventured out of my comfort zone and FINALLY ran with a new group.  I have kind of been stuck in a static state with my marathon time and really need to push myself harder when times get tough during the race!  I really feel like this is going to get me there!  I had the greatest time and everyone was super friendly and welcoming.  I did invite my friend Jen to go with me since she is also training for Boston and we are around the same pace...We had a fantastic run with 3 of the guys from the group!  We did hills and had an awesome pace that felt comfortable.  LOVING LIFE!
13:27 miles in 1:34:42  ...  I had planned on 16 for the day so I did lace up and went out for 3.25 mile in 23:21.   I also did my 30 burpees for the day! 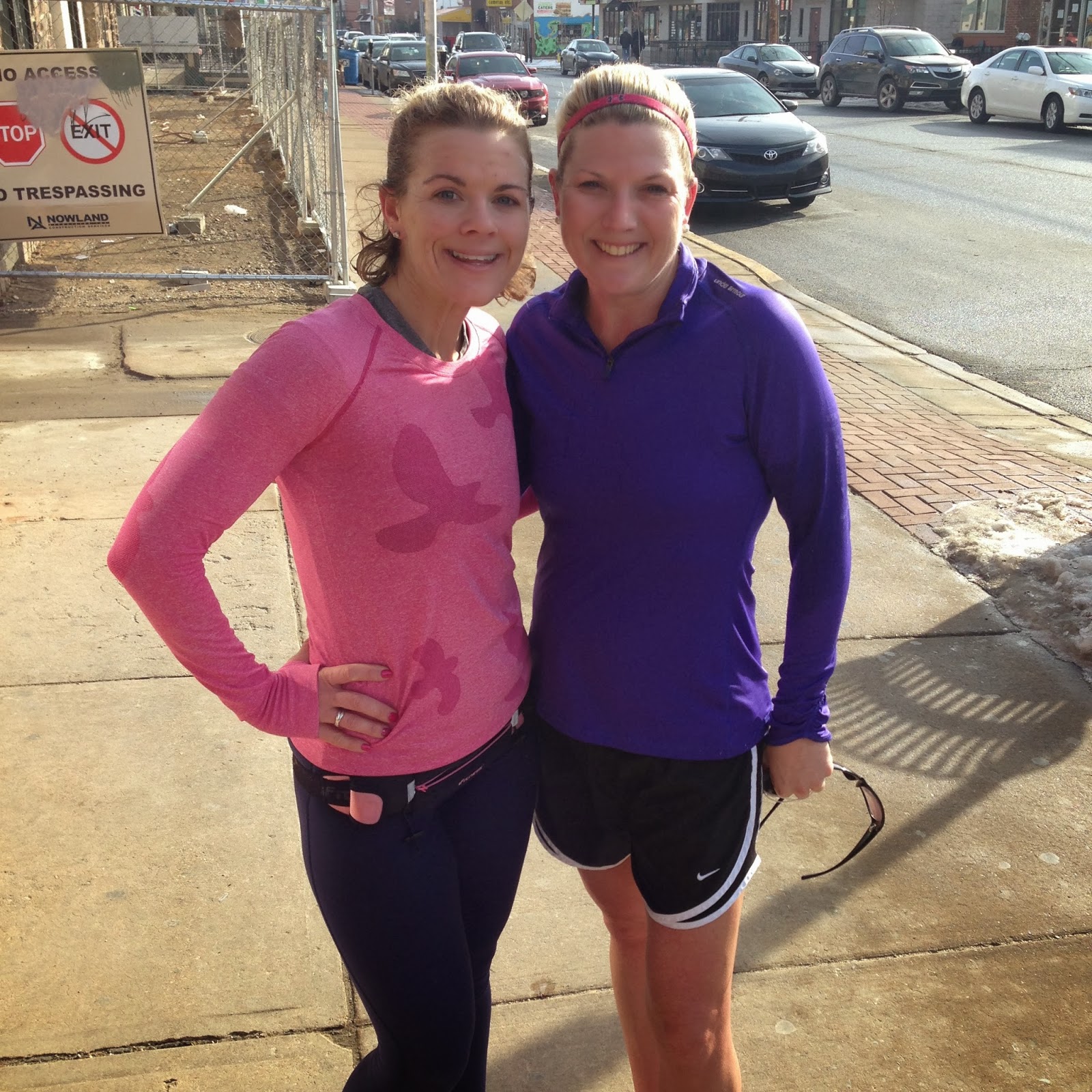 So that is what thing have looked like over here lately!  How has your training been going?

Don't forget to sign up for the Hot Chocolate Philly Run!!!!!